Alex is the founder of Ride Sicily and a true expert when it comes to Sicily's natural wonders, biodiversity, history and culture. Over the years he has explored and organised countless horse riding excursions and trails across Sicily. Alex is an insatiable explorer who loves discovering new paths through his beloved Sicily, and sharing them with our guests.

Alex studied Cultural Tourism Sciences at Palermo University and worked as a guide in the tourist industry for a number of years. He is half French and half Sicilian and is fluent in French and English (as well as Italian and Sicilian). He was born in France and grew up in the territory of the Madonie Mountains in Sicily, where he began to work with horses in 2005, running short excursions from a riding centre in Cefalù. Over the course of the following years, Alex specialised increasingly in equestrian tourism and devised numerous trail rides across Sicily. In 2018 he embarked upon a collaboration with Lizzie and together they continue Alex's equestrian tourism business and his explorations throughout the island.

Horses have been Lizzie's passion from an early age. She began horse riding at the age of five and has ridden regularly since, competing in her teens before discovering the joys of trail riding. She has ridden trails around the world, but fell in love with the truly unique experience of trail riding in Sicily.

Lizzie is English and is fluent in French and Italian. She was born and grew up in London and studied French and Italian at Oxford University, before doing a post-graduate diploma in law. In 2018, Lizzie began managing Ride Sicily with Alex and dividing her time between London and Sicily. After five years as a solicitor specialised in international arbitration, Lizzie definitively left her job in London in 2019 to run Ride Sicily and guide trails in Sicily on a full-time basis with Alex. Lizzie's mission is to share Sicily's wild beauty, enchanting culture and delicious food and wine with like-minded horse riding enthusiasts from around the world.

All of our horses are Sicilian bred and are mostly Sicilian indigenous breeds crossed with Arabs.

They live out all year round and are hardy and sure-footed.  We train all of our horses to be forward-going and energetic, but obedient and well-behaved.

Our horses are the heart of Ride Sicily and we treat them with the utmost care and respect. 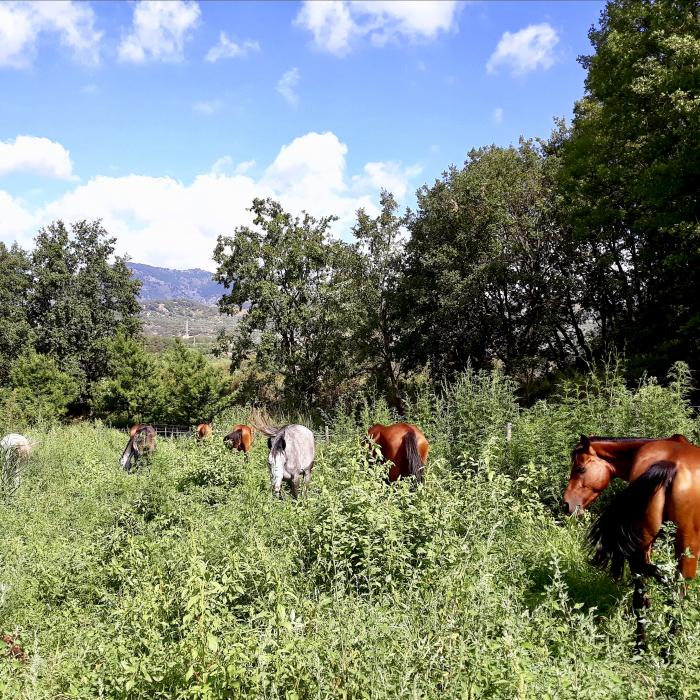 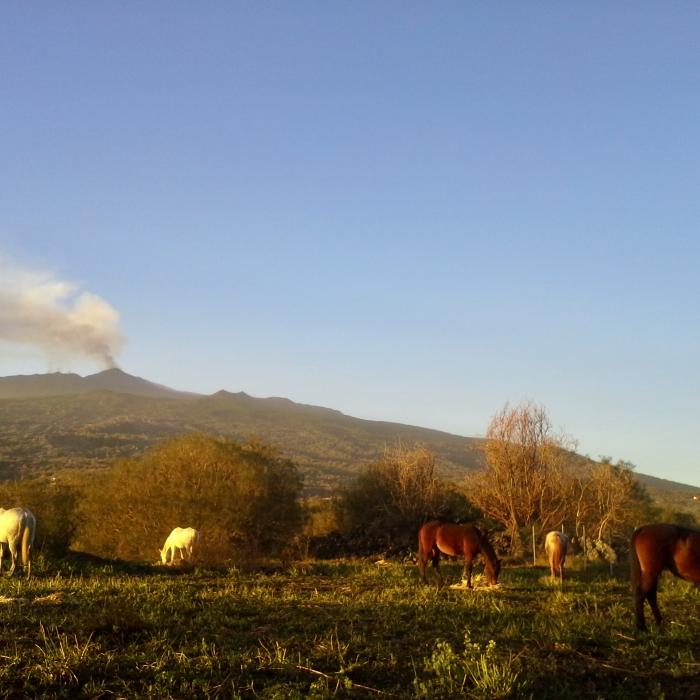 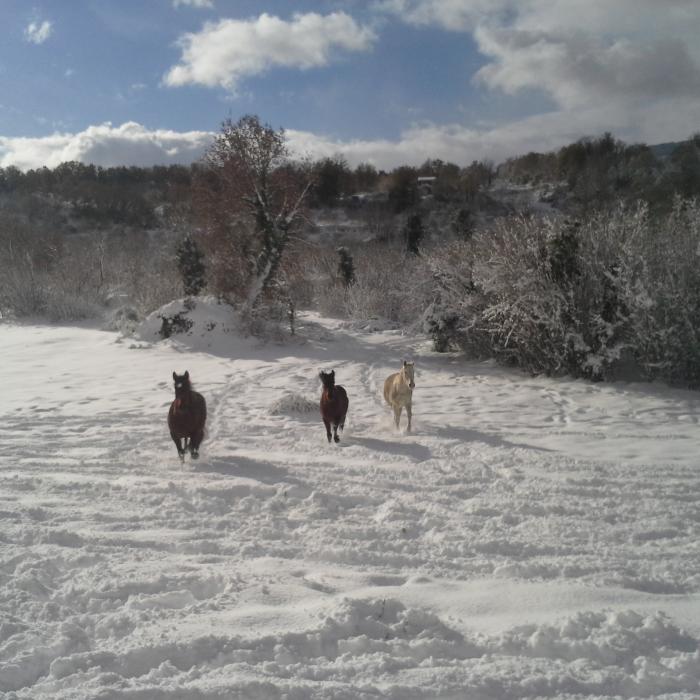 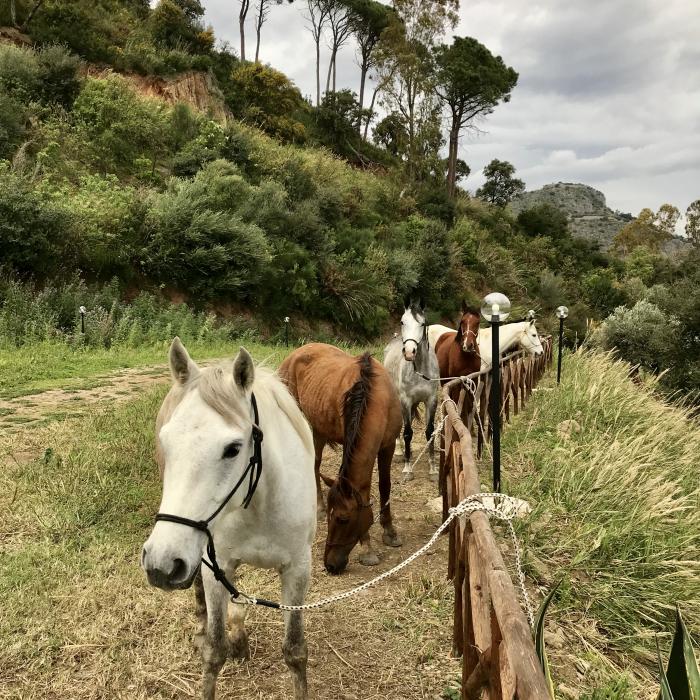 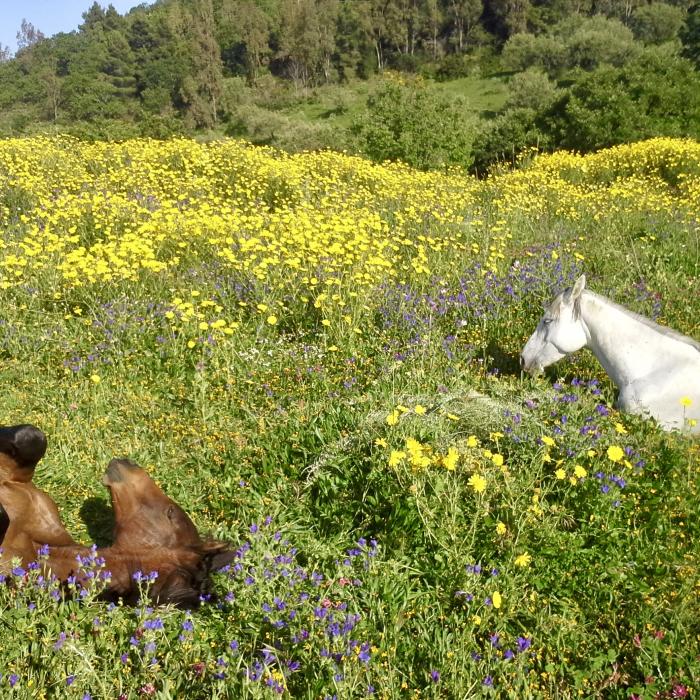 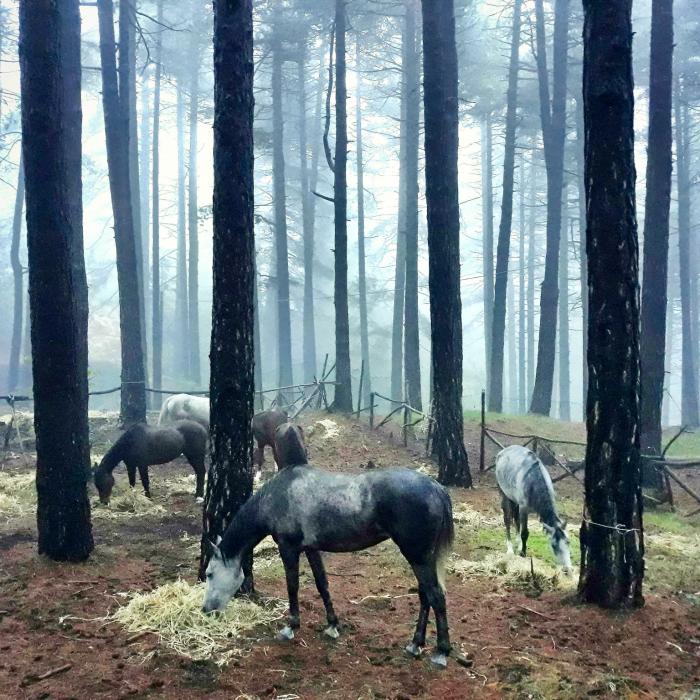 Sicily by horse: our vision

We believe that Sicily is the perfect place for equestrian tourism.  With a good climate almost all year round and its amazing natural beauty and varied landscapes, Sicily offers the ideal environment for horse riding.  Sicily is also truly unique in terms of its accessibility to riders.  The island benefits from a vast network of trails and country lanes and an open countryside approach to land ownership, which means that we can access almost all of the island on horseback, including its most remote and wildest corners. This also means that road riding during our trails is kept to an absolute minimum.

Our vision extends beyond Sicily's extraordinary natural beauty.  We also strive to immerse our guests in Sicily's fascinating history and culture.  During our rides we also pass through medieval towns and villages, some dating back to antiquity and shrouded in the mysteries of the island's extremely complex and multi-faceted history.

Over the centuries, Sicily has absorbed the influences of all those who have occupied the island, from the Greeks to the Arabs and the Bourbons.  The charm of Sicily's complex and unique identity is undeniably captured in its people, who could be defined as nothing other than "Sicilian", and whose character is as intriguing and enchanting as the island's history.  The island's richness and complexity also shines through in its cuisine, which combines centuries-old different culinary traditions and influences.

We ensure that our guests have an authentic taste of Sicily's delicious food and wine and always seek to support local producers. Above all, we want to give our guests the opportunity to discover the real Sicily in all of its unique splendour and charm, whilst preserving the island's wild and unspoilt beauty. 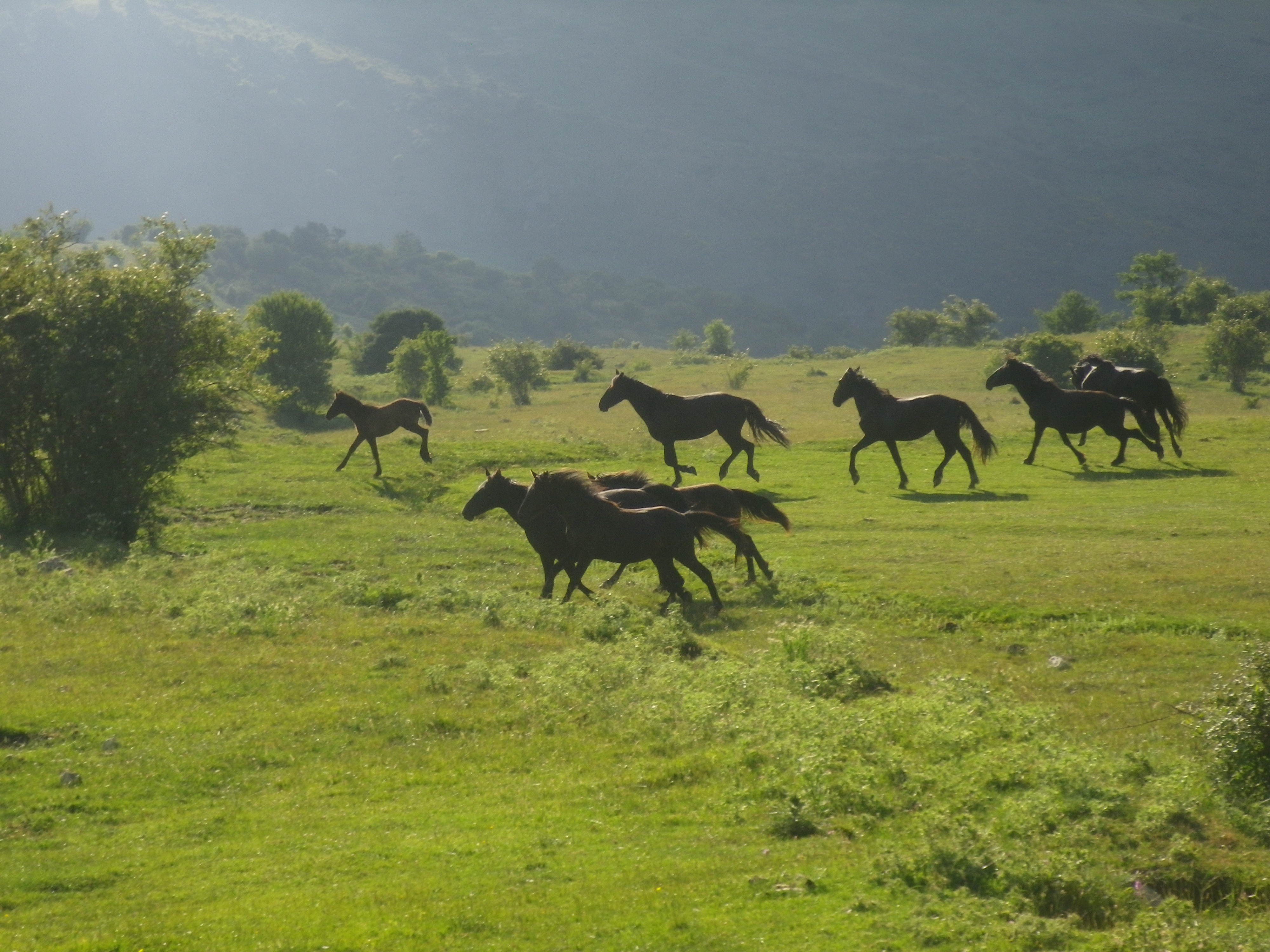